A game about a line, written in a single line of BASIC code

Using any key on the keyboard, guide the line to the gate on the other side of the screen avoiding collisions. You could imagine that it's a sledge travelling downhill avoiding trees, viewed from above - if that helps.

You have three lives. Each level has more obstacles than the last, and a progressively narrower exit gate. Finish level 20 to complete the game!

This work is free to download, but it remains protected by copyright, and I offer no licence to the user.

-This is extremely enjoyable and probably the best game in the "fun per line of code" category
f-a, worldofspectrum.org forum

-What a nice example of simplicity and elegance in both the programming and the design
IvanBasic, worldofspectrum.org forum

-Quite frankly a thing of beauty
Retrospectrum, youtube.com

I initially wrote a version of this game in 1999, when I was digitising my old Spectrum program cassettes. It started as an experiment to use ATTR collision detection for PLOTed coordinates, something which I had struggled to get working reliably in my childhood programs. My aim at the time had been to make a fun game with as small a listing as I could...

Back to the present day I was staggered to discover the incredible technical showcase that is Digital Prawn's One Liner Page. A seed was planted. I had to take up the challenge of writing my own one liner game, and I already had a suitable candidate design.

The game I have made is in fact an approximate remake of a game (also called Line) that I remember playing at school, which ran on a black Research Machines Link 480Z, a computer so obscure that I could find no record of it at all until recently.

Owing to the clumsiness of editing very long program lines directly on a Spectrum, I used BasinC to adapt my existing program during one very late night in July 2019. I optimised the listing into a single line no longer than one screen of text, in keeping with established one liner competition rules.

Subsequent to the initial release, Einar Saukas kindly provided many optimisation improvements to the listing, and suggestions which allowed me to re-add some game features which I had cut out for space reasons (see separate devlog).

TAP virtual tape file for Sinclair ZX Spectrum 16K/48K/128K, works on emulators or on real hardware via DivMMC or similar

Press R to RUN the program (+ENTER), any key to control the line 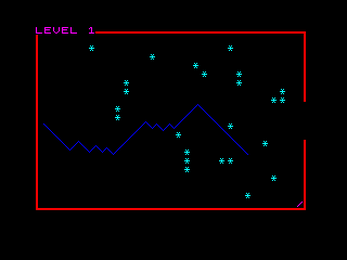 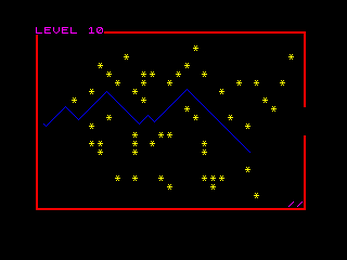 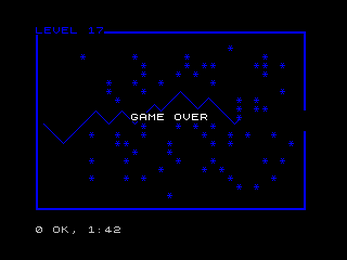 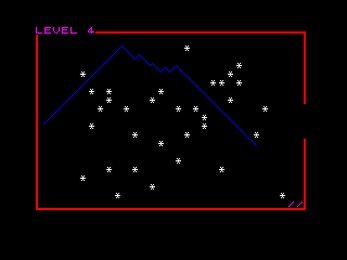 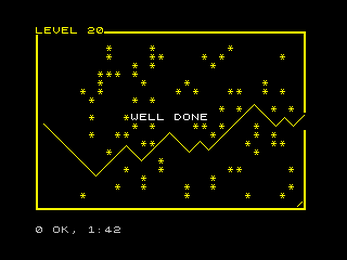 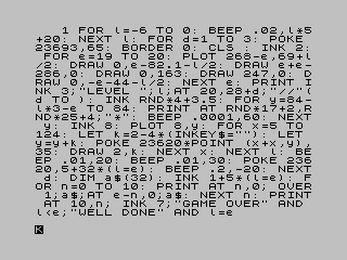